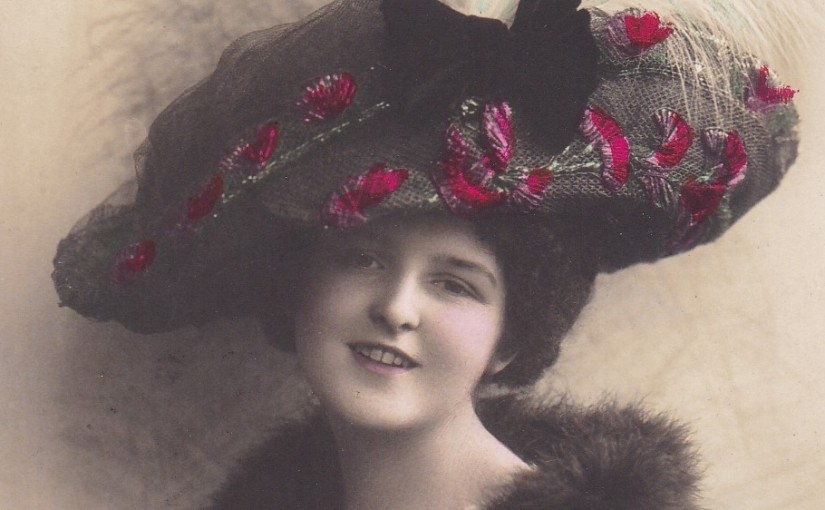 In mid-victorian England the introduction of small photo cards, Carte de Visite (CDV), led to an explosion in popularity for collecting photos of family, friends and the famous. Known as cardomania it was the first time your image could be affordably captured, reprinted, retained and shared by others in their new collection albums. Oh what unimaginable horror !

Ever since it has become the fashion to have squinting, ghastly photographs, instead of the true, plain honest visiting card – ever since it has become the fashion to make collections of these said photographs – above all ever since the fatal invention of albums ad hoc, farewell peace! Whichever way you turn, requests for your portrait are levelled at you like so many guns. All is acceptable prey; indifferent features, respectable age, obscure position – no thing comes amiss to that greedy monster, Album. … Giovanni Ruffini. “A Contemporary Hobby”. Macmillan Magazine 1866

The friendly portrait painter of the upper classes no longer provided an escape, for the middle and lower classes prospective suitors and employers alike sought a CDV in order to obtain a realistic likeness. At a stretch the draper seeking a new milliner to provide counter service may be understood, given the pressures around ladies fashion, but it is harder to comprehend the ironmonger seeking an assistant.

In 1866 as judgement by appearance advanced another step towards the social media pressures of today, Alford’s photographers began to capture local people in numbers not previously witnessed. They also captured the changing fashions of the day, seen in the facial hair, collars and ties of the gentlemen but more noticeable in the ladies’ attire. The stationers were already stocking the albums.

In the face of such scrutiny by ones peers it is easy to imagine a renewed interest in the publications of the day, particularly the ones which included ladies fashion and beauty pages. Those early influencers must have felt like their audience suddenly sat up and took notice but in a rural town like Alford, so far removed from city life, did the world of changing fashions have much of an effect ?

The influence of the ladies magazines

The beautiful fashion plates of the ladies’ magazines disseminated the high end fashion designs of the season throughout the Country. Beyond the social elite, who had the means to continually emulate the designs, the fashion plates inspired women of all stations to create their own attire according to their requirements. Drapers stocked the materials needed, employing dressmakers and milliners for their more affluent clients. Those who ran houses with a full accompaniment of servants frequently included dressmaking and millinery skills within their hiring advertisements. Needlework was seen as an essential skill for working class women and girls. The journals included practical patterns and tips for the dressmaker at home.

The influence of the fashion plates is easily identifiable in the above 1865 plate and the 1867 photo. The much maligned crinoline is worn in practical domestic style in the photo, the very wide skirts of the 1860s gradually narrowed.

This timeline of Alford Photographers suggests these photos were taken between 1869 and 1873. The flounces of the 1860s remain but the draped layers of the late sixties and early seventies shown in the fashion plate below are not visible here. This underlines the difficulties of trying to date photos by clothing as fashion was adopted according to many more practical influences than the date of a fashion plate, and of course in reality dresses were retained beyond one season.

The timeline puts this Nainby photo at post 1876, the change in shape of the skirt is very noticeable here , the heavy beading and slightly higher hair style all adhered to the trends of the mid 1870s.

The timeline enables starbuck Nainby photos to be quite closely dated between 1872 and 1876, this makes the above photo ( of disappointingly poor quality) interesting as the dress does sit neatly within the expected parameters, a bustle and train with draped layers can be seen, the bow placements seen on the plate below are also there. The longer corseted bodice which dips below the waist is a late 1870s attribute which is not seen on the dress.

The late 1870s styling of this outfit fits with the era, it was post Messrs Nainby and Starbuck when Clara Starbuck was taking a leading role alongside her father. The dipped bodice is present but the skirt remains full along with the heavy beading.

Post Script: Thanks to Ann Gibb who pointed out what looks like a chatelaine on this ladies left hip. This may have been in jet and signify mourning, particularly with the removal of the left glove to show a wedding ring, a recent widow maybe ? Mourning photographs were frequently taken.

Emma (Starbuck) Smyth and her husband were working in Lumley Road by the 1891. They ran a very busy studio, the puffed sleeves of the 1890s fashion plate are seen here as an influence on a very practical dress, which may have been made at home.

As the CDV faded from use postcards took their place both as items to collect and as a method of sending photos. Rosie Lee sent the card on the left to her friend in Swaby in 1915, in the midst of WW1 the practicalities were taking over in terms of women’s clothes. Elsie and Walter captured their wedding attire in Alford in 1923, simplicity was the order of the day for Elsie’s dress but just look at those fabulous shoes .

The changes in fashion can clearly be seen in the photos of Alford’s Victorian ladies, the subject of Drapers and Milliners beckons, along with the role of servants as dressmakers, but having looked at that in some detail there is a lot more information to gather in on that aspect of the lives of our Alford ladies.

In the mean time a brief look at The Lady Beauty Book confirms all suspicions, these women lived in Alford over 100 years ago, they had very different lives in many ways, but when the cameras arrived they ushered in so many of the anxieties we feel today.

Finally I want to share some of the other lovely fashion plates, at least we do not have to worry so much about the etiquette of dress codes as our predecessors.