The content on this site is the result of lengthy research,  and may not be reproduced in any medium without permission. 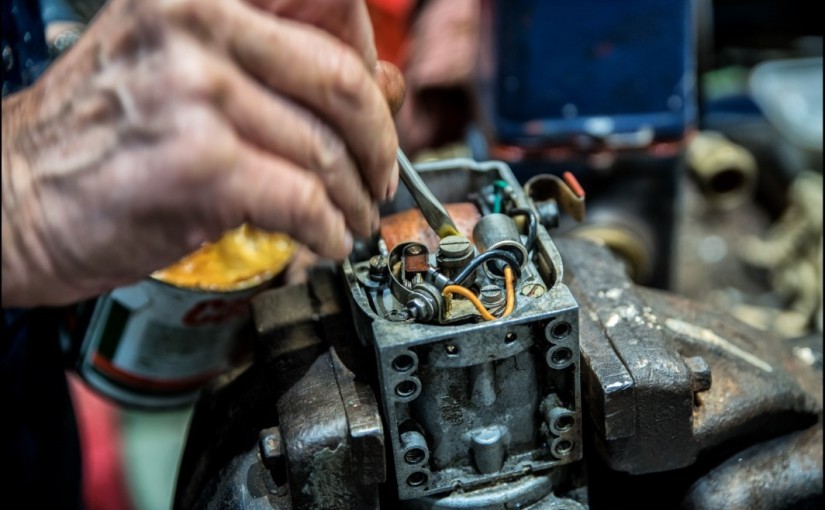 The Historic Vehicle Day was a successful happy occasion! The weather was very warm and sunny and “Smoke and Mirrors” performed on the lawn accompanied by nostalgic period music whilst visitors enjoyed tea and cakes, in front of the Manor House. An idyllic late summer’s day!

Eleven assorted Austins and their owners from the Pre War Austin Seven Club visited and some other  Classic Cars came along too.

James Howe and Claire brought Ruby the three year old Shire Horse. They had been up early plaiting her mane and polishing the bells and brasses that were part of the gleaming harness. Ruby towed a 1925 hay turner from Tothby Manor and back! This was the first time she had been harnessed to this machine, but she took it all in her stride with no fuss!

The Museum of Rural Life demonstrated the Massey Harris combine, and ran it up several times. Both the Cook’s Elevator and the Maldon Elevator were running most of the time, as well as several of our Stationary Engines, and there was a steady stream of visitors in the “Barn”

Two days earlier the second container arrived from Hansard’s Haulage, and the driver skillfully re positioned the original container before unloading the “new” one. Grant supervised with a tape measure!

A few days later, a working party of volunteers assembled the cover that fits between the two containers in less than four hours! It fitted perfectly! Gordon’s site work and Grant’s measuring were spot on!

We spent a busy Friday morning using the Fordson to move both of our elevators and the McCormick binder under the new shelter. It is great to have all them properly protected from the elements, and another benefit is that restoration work can be easily undertaken in dry conditions without the need to remove sheets.

A Ransomes Sims and Jefferies lawn mower was rescued from a damp shed, and donated to the Museum very recently. Tony discovered that it had a “spark” from the magneto, so lots of activity took place cleaning thick tarry deposits from the fuel system, and freeing off the seized up clutch mechanism. Grant made some new wooden front rollers as the originals had literally turned to dust! The machine was then duly reassembled and after a couple of swings of the starting handle, the engine purred into life! Tony couldn’t resist a trial run on the grass even though it was raining!

We have discovered via the internet, that this mower is a Minor Mk 6, 12” cut model and dates from about 1951, has a brass flywheel and, unusually, is started with a handle. It is actually in very good condition and still has most of the original green paint and decals in place.

After this success, Tony may look at some of the other motor mowers in the Barn, which we have never had running, with some enthusiasm – watch this space!

Another arrival this month is a market barrow which once stood outside Stevenson’s green grocers shop in Louth. We were advised that it needed a little tlc…………………!

Austin agreed to renovate it, and dismantled it to rebuild at home. The pictures show that underneath the green and yellow paint, there are problems! When completed, it will be used in conjunction with our existing market barrow for selling our produce.

As always many thanks to Clive Sutton for his fabulous photos.